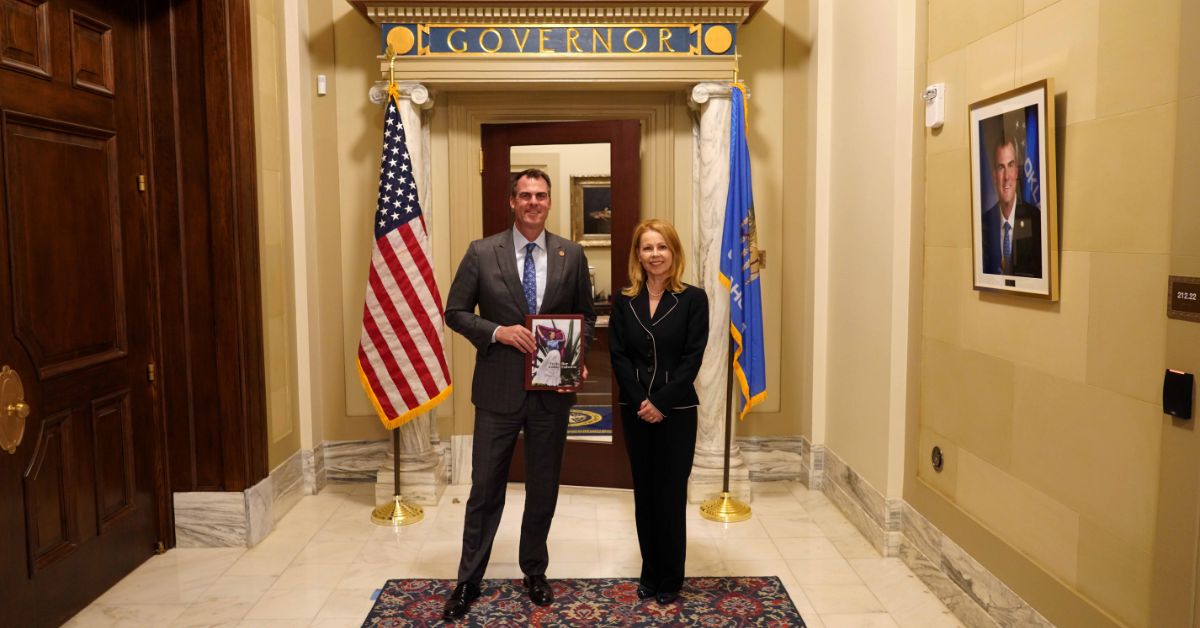 Governor Kevin Stitt announced a Mexican consulate is scheduled to open in Oklahoma City next spring. The Consulate of Mexico will provide consular services and assistance to the growing Mexican community in the state while promoting economic, commercial, educational, cultural, tourism, and community affairs relations between Mexican entities and Oklahoma stakeholders. Gov. Stitt has been advocating for the opening of this consulate and visited Mexico last year to present this proposal to the Government of Mexico. Over the past two years the governor has worked to embrace and address the needs of the Latino community and today’s announcement serves as a testament to the longevity of that commitment.

“As Oklahoma’s Mexican community grows, I’m glad that these Oklahomans can get the services they need right here in our state, rather driving hours across state lines for simple paperwork,” said Governor Stitt. “I am thankful for the collaboration and shared vision between Oklahoma and Mexico that made this a reality.”

Consul Edurne Pineda has been appointed as Head Consul of the cónsul. Consul Pineda is a Mexican career diplomat with a specialization in consular affairs and a long trajectory in this field. She has been working on the opening of the Consulate with the expectation to inaugurate its operation with full services by the end of the spring of 2023.

“It has been an honor to work with Governor Stitt to establish the Mexican Consulate in Oklahoma City,” said Consul Edurne Pineda. “I am certain that we will be great partners towards forging a better development for the Mexican community in the state and a deeper and stronger relationship between Mexico and Oklahoma.”

The Mexican Consulate was brought to Oklahoma due to the efforts of President Andrés Manuel López Obrador’s and Ministry of Foreign Affairs Marcelo Ebrard, along with the approval of the federal government. Mayor David Holt as well as Mexican community leaders have also consistently manifested the need to have this consular representation in Oklahoma.

“Establishing this Mexican consulate continues Oklahoma City’s emergence as a global city, and it is also a welcome amenity for our 100,000 metro OKC residents of Mexican descent,”said Oklahoma City Mayor David Holt.  “This was a long journey, and it took a collaborative effort.  Our longtime Consul General in Little Rock was always a fierce advocate, and he encouraged me to write my first letter of support to the Mexican government in 2018.  Community leaders have continued the conversation ever since, and Governor Stitt carried the message to Mexico himself.  We thank the Mexican government for their commitment and I congratulate everyone who helped us attain this milestone.”

Roy Williams, President and CEO of the Greater Oklahoma City Chamber said the Consulate is also important for the business community adding, “Mexico is an important trade partner for our state and the presence of these offices here will support continued growth.”