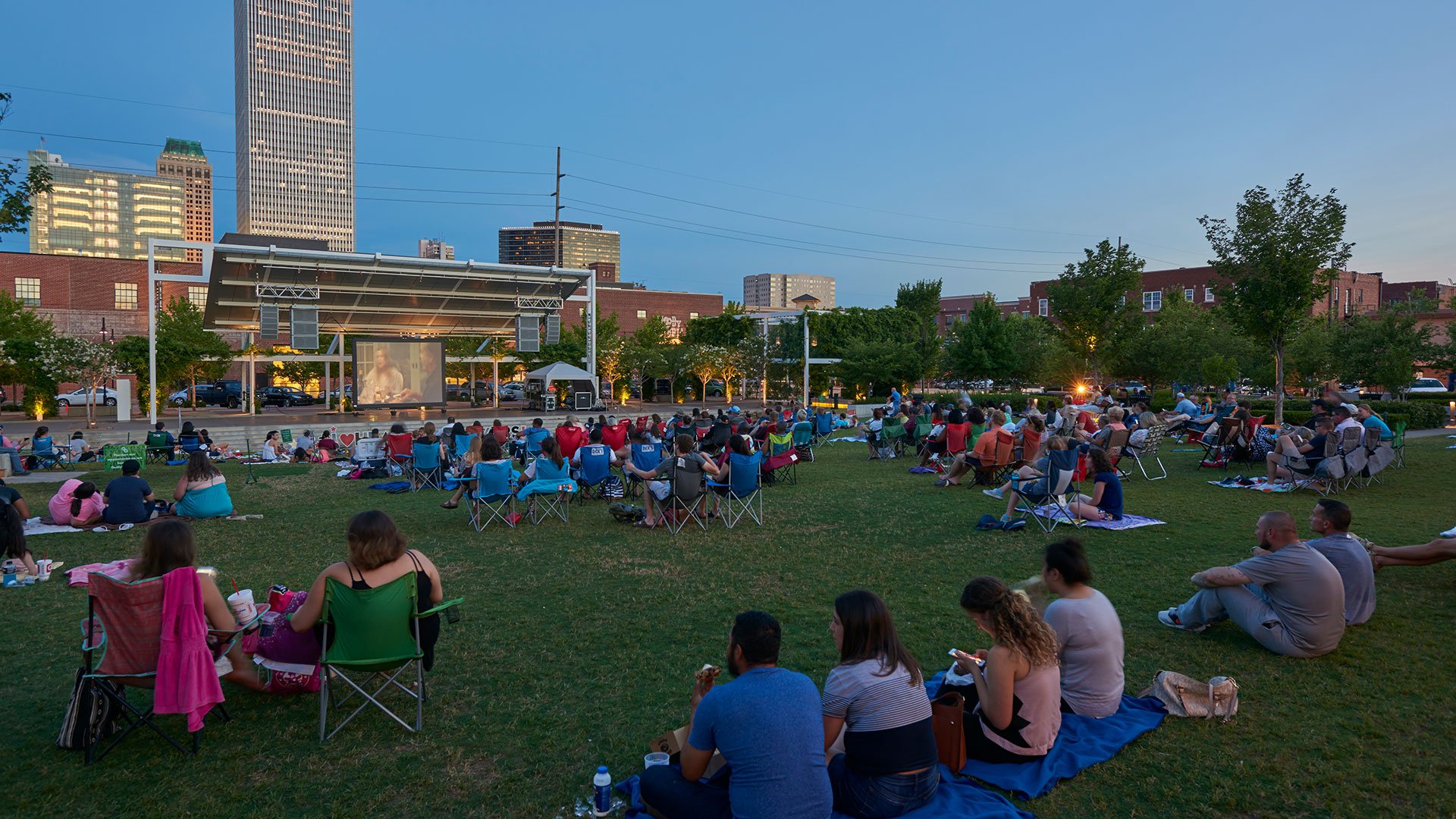 By Brandy McDonnell for The Oklahoman

Ben Hall’s recent cinematic adventures have ranged from embodying a suspected vampire in a remote cabin near Tahlequah for a film festival favorite to playing a folksy water witcher in a field somewhere in the vicinity of Tulsa in a Golden Globe-winning Oscar contender.

And that’s just in front of the camera. Hall was standing atop a ladder on a February afternoon as he helped construct sets for the forthcoming football biopic “American Underdog: The Kurt Warner Story,” which is finishing up filming in the Oklahoma City area.

A staple of central Oklahoma’s theater community, Hall said even spending most of the past year away from the stage due to the COVID-19 pandemic has not slowed down his work as an actor and set builder because of the uptick in film and television productions in Oklahoma.

“It’s fun. I enjoy doing it. I’m at an age where I’m not out there hustling to build a career, but I like living here in Oklahoma City. I like being around my daughter and my new grandbaby. And I have roots here,” Hall said in a phone interview. “And it’s possible now with a little hustle that actually this can be someone’s living here now.”

“Oklahoma’s commitment to the entertainment industries paired with the state’s low cost of living and doing business is a win-win opportunity for both film and music professionals and our state,” Sofsky said in an email to The Oklahoman. “Not only are filmmakers and music makers poised with creativity, innovation and opportunity to tell their stories in Oklahoma, but our statewide industry members, businesses and communities are being positively impacted by new revenue streams for a more sustainable quality of life.”

By the numbers
The Oklahoma Film + Music Office reports that it recruited 34 film and TV projects that used the Oklahoma Film Enhancement Rebate Program in the 2020 fiscal year, which ran from July 1, 2019, to June 30, 2020.

Those productions employed 3,960 Oklahomans and contributed a direct fiscal impact of more than $32.8 million to the state’s economy, according to the new report.

That doesn’t include the more than 150 productions that lensed in Oklahoma that didn’t use the state incentive program, including music videos, student films and commercial projects.

“Not only are we open for business, but we’re a ‘yes’ state. We’re going to help people find solutions and work safely and help them bring their dreams true … (while) providing sustainable income for themselves or families,” Sofsky said.

The birthplace of @BlakeShelton has something else to be proud of today! Congratulations to @CityofAdaOK on achieving Film Friendly Community Certification.

RT @SBAgov: 'Tis the season...to #ShopSmall! 🛍️ Shop at local, independent businesses this 𝗦𝗮𝘁𝘂𝗿𝗱𝗮𝘆, 𝗡𝗼𝘃𝗲𝗺𝗯𝗲𝗿 𝟮𝟳 and throughout the holida…