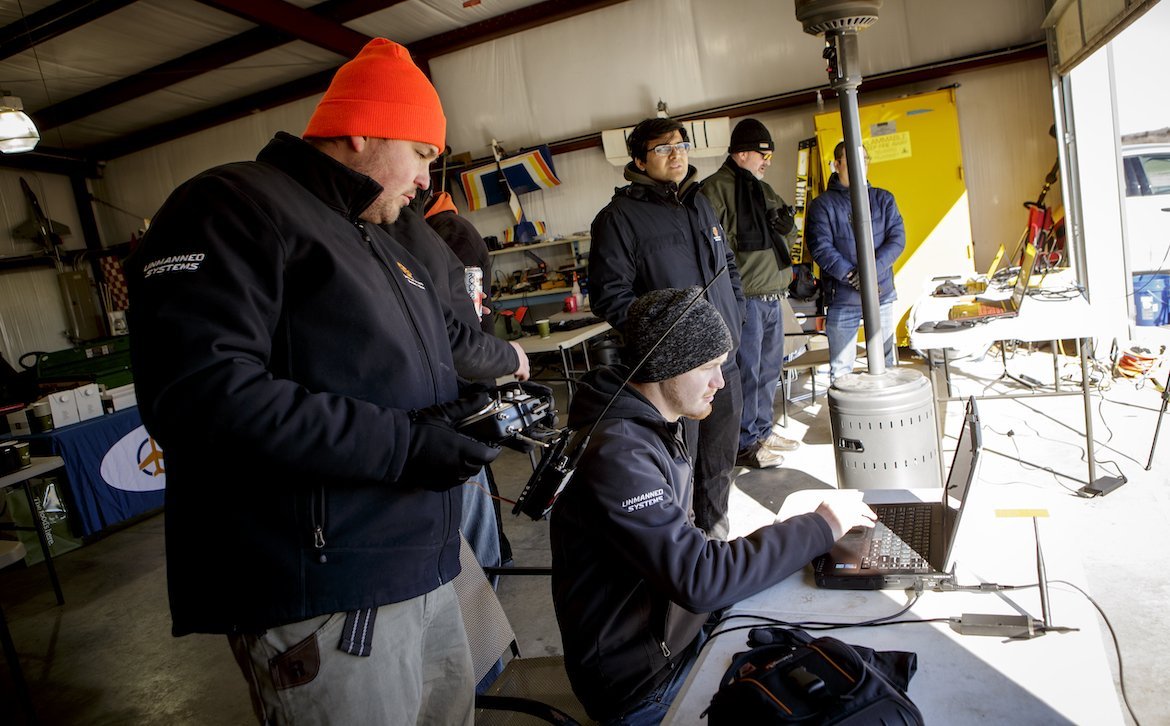 Using technology licensed by NASA, Oklahoma State University and Vigilant Aerospace are developing a system that allows drones to effectively “talk” to each other. In the process, they’re addressing FAA safety concerns and opening the door for the next big steps in the future of commercial drone delivery.

The company holds an exclusive licensing agreement with NASA, with which it has created its FlightHorizon software, a detect-and-avoid system that collects data from sensors to create both a picture of nearby air traffic and avoidance alerts for drone pilots or autopilots.

“Everyone is clamoring for BVLOS capabilities, but a system like this will be necessary for the Federal Aviation Administration to grant a waiver to anyone,” he said.

The implications of the latest collaborative effort between OSU and Vigilant Aerospace have prolific potential. The FAA currently restricts many aspects of commercial drone usage. Much of that could change with the commercial advent of this system. Before being deployed in cities, it’s first being tested at OSU, one of just a handful of universities across the country with FAA approval to conduct BVLOS tests and the only institution nationwide allowed to operate outside an FAA test site.

“This is one of the few such sites in the country,” said USRI Director Dr. Jamey Jacob. “It provides a unique testing capability for OSU and Oklahoma companies.”

With $300,000 in grant support from the Oklahoma Center for the Advancement of Science and Technology (OCAST), OSU researchers are evaluating radars for integration with Vigilant’s air traffic display and avoidance system. The radar under evaluation has been used by the teams to detect nine different aircraft over multiple flight tests, including the most recent flight test carried out Feb. 13 to compare the radar tracking data to data being collected from other sensors. The system already uses aircraft transponder signals and drone telemetry to track aircraft overhead, but with the addition of radar, the system will be able to detect aircraft that have neither a transponder nor a telemetry broadcast.

Vigilant Aerospace CEO Kraettli Epperson said the project is an exciting undertaking, the latest advancement to emerge from OSU’s partnership with the Oklahoma company, which was founded in 2015.

“We love working with OSU because of its amazing resources, such as the airfield at OSU’s Unmanned Aircraft Flight Station, as well as the students and faculty at the USRI who are available to validate our software and systems,” Epperson said. “This area of technology is at the forefront of the development of autonomous systems, and OSU is a national leader in research into these kinds of systems.”

Johnson said the project will be another brick in the foundation of the collaboration and OSU’s expertise in the aerospace field and, possibly, the next great advancement in commercial drone software.

“If we can help an Oklahoma-based company develop a technology that will be used worldwide, while using said technology to bolster our own future endeavors, why wouldn’t we?” he said.