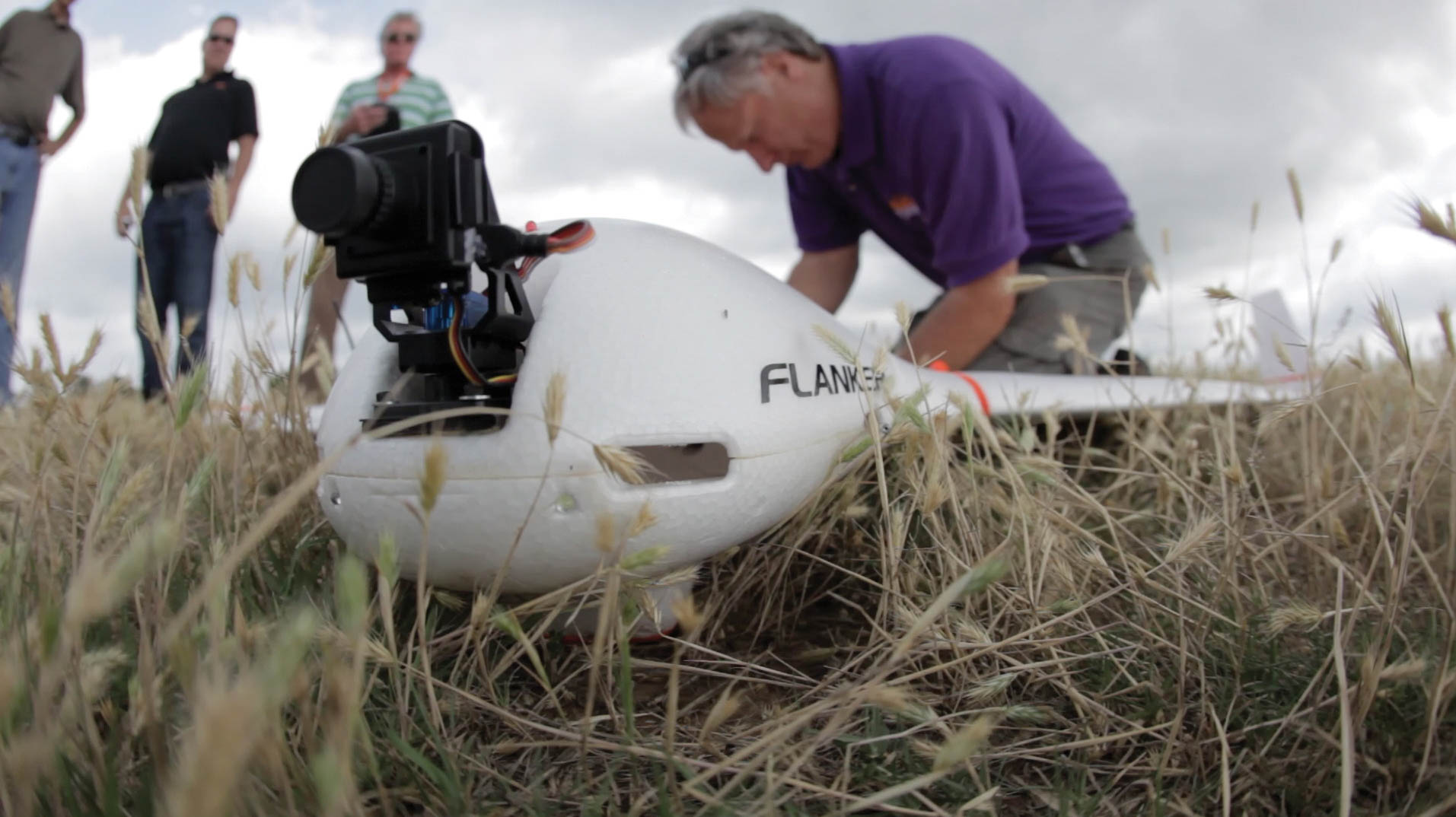 Article from The Robot Report by Oliver Mitchell

For too long, I have flown over the middle of the United States ignoring the creativity of my fellow citizens below. COVID-19 changed everything, grounding planes and forcing me to drive on a cross-country adventure. To my surprise, the I-35 corridor that stretches from Dallas through Oklahoma City is one of the busiest centers for entrepreneurship in aviation, drones, and unmanned systems.

I recently met with Dr. Jamey Jacob of Oklahoma State University’s (OSU) Unmanned Systems Research Institute as part of my participation in AUVSI’s (virtual) Xponential conference. As the chair of OSU’s Aerospace Department, Jacob literally sits in the heartland of America’s innovation ecosystem. Unlike the densely-populated coasts, the Sooner State offers roboticists wide-open areas to safely launch and test their inventions. Some of the leading organizations and companies embracing these resources are Skydweller Aero, NASA, Boeing, Baker Hughes, and Kratos Defense & Security Solutions.

According to Jacob, OSU’s leadership in mechatronics was an outgrowth of the “the explosion of drone technology in the early 2000s” by the military and three letter government agencies. Oklahoma also has a long history in the aviation industry.

“You already had a large manned aircraft infrastructure supported in the state,” said Jacob. The scientist further explained that today’s requirements go well beyond quadcopters and UAVs, but manufacturing advanced avionics for companies like Uber and Bell for urban air transport.

The vastness of Oklahoma’s geography, combined with its superior engineering talent, is attracting venture capital from around the globe. Israeli-based entrepreneur Jonathan Frenkel is working with Tulsa-based Atento Capital to lure Israeli founders to open their American offices in the Southwestern city.

“Once I visited Tulsa, I understood the range of activities; of particular interest was how local Native American tribes, like the Osage Nation, have used their land to create drone testing corridors,” Frekel said. “What really impressed me, however, was the authentic desire of the Tulsa community to help startups succeed. Maybe I am a jaded New Yorker, but the sincerity impacted me in a positive way.”

Lifelong Oklahoman Nathaniel Harding of Cortado Ventures agrees. “It’s no surprise that our state is seeing innovation happen across drones, aviation and robotics,” he said. “Our unique edge is developing technologies that solve real challenges being faced by industry. We’re used to building things, and our historic strength in avionics and aerospace gives Oklahoma an edge in shaping the future in these sectors.”

Harding also said the new normal of remote work is accelerating interest by entrepreneurs in moving to the center of the country. “The secret is out that you can build a company for 1/5th the cost in the mid-continent, which is better for both investors and entrepreneurs. Now that we realize what can be done with a distributed workforce, it will be very hard to go back to the way it was.”

The entrepreneurial spirit is not limited to startups or the cities, but across the entire state. Oklahoma is home to 39 Native American tribes, accounting for almost half of its physical area. Earlier this week, I spoke with James Grimsley, executive director of the Choctaw Nation’s Advanced Technology Initiatives. The Choctaw is one of the largest indigenous people in the U.S. with a reservation encompassing 11,000 square miles. Its natural resources are a boon for unmanned systems.

Last year, the Federal Aviation Administration (FAA) selected the Choctaw Nation as one of 10 national test sites for the Unmanned Aircraft System (UAS) Integration Pilot Program (IPP). For decades, the Choctaw has been successfully operating casinos and other commercial initiatives to drive revenues for quality of life improvements on the reservation. Grimsley believes its participation in the UAS IPP will be “a catalyst for the high tech industry,” both inside the tribal nation and outside its borders.

As a self-contained entity with its own infrastructure, retail network, and governance, the Choctaw offers innovators a living laboratory to conduct autonomous drone deliveries. For example, last month Bell Aircraft received Beyond Visual Line of Site (BVLOS) approval for its Autonomous Pod Transport (APT) delivery missions to typically inaccessible areas of the Choctaw Nation. As the APT is a vertical take-Off and landing (VTOL) craft, it is also the basis for future urban transportation alternatives, such as flying cars and air-taxis.

These types of drone initiatives are not limited to delivery and urban air transport tests, as leading Fortune 500 companies and federal agencies are now flocking to the Choctaw Nation to conduct trials for power-line inspections, emergency management, agriculture, live stock monitoring, and weather analytics. The impact of UAS IPP is felt beyond the business sector, as the Choctaw has implemented a robust educational STEM curriculum and job training network for its people.

In contrast to the current political climate, Grimsley said Choctaw’s leadership operates with “less partisanship and more unity in the interest of the tribe.” He elaborated that decisions are made with the lens of a 100-year outlook versus the next election cycle. The Choctaw today has spread its wings globally with investments in public and private entities that are already paying dividends for the next generation.

The Choctaw story is not unique across Oklahoma as other tribes are following suit in joining the larger entrepreneurial ecosystem. Back in New York, my inbox is inundated with inspirational messages of ways to bolster diversity in the greater venture community. Quite possibly, Oklahoma provides a novel paradigm of broadening the opportunities for minorities across the country. The promise of flying cars, unmanned systems and robots are not only a catalyst for changing technology, but society. Just like the wide-open skies of the prairie, everyone has the potential of benefitting from drone innovations.

Returning to Stillwater, Oklahoma I nudged Jacob on his view of the state’s progress. “Our bread and butter is doing the next great thing in aerospace, really focus on the autonomous capabilities,” he said. He then humbly shared his personal journey.

“When I originally started working on unmanned aircraft as an undergraduate student, I was using drones for tornado chasing. Then as a faculty member I started to develop autonomous flying aircraft for Mars … that was back in 1999. Now there is an aircraft going to Mars,” exclaimed Jacob.

While it has taken over 20 years to achieve intergalactic UAVs, he is optimistic Oklahoma is soaring on the right trajectory. He pointed to his latest joint project with NASA JPL developing solar balloons to explore Venus. He illustrated how these celestial endeavors are tackling climate change on Earth.

The scientist wrapped up our conversation by declaring, “I am most excited about UAVs for weather” that provide “micro forecasts” for manned aircraft, unmanned systems, and everyday people. 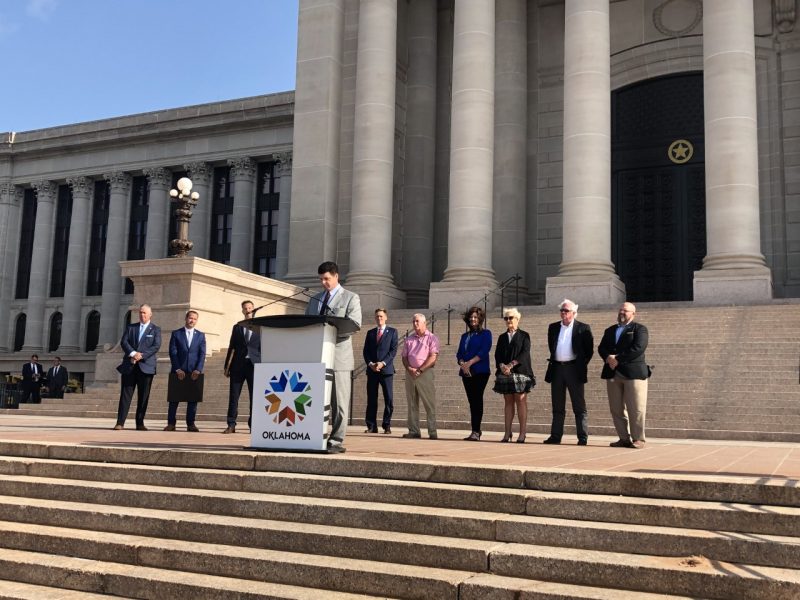 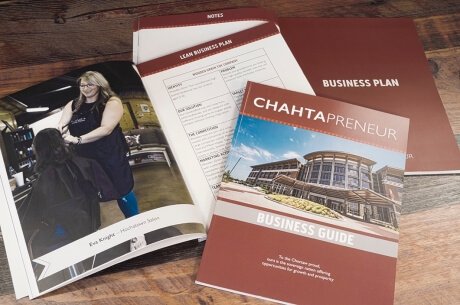 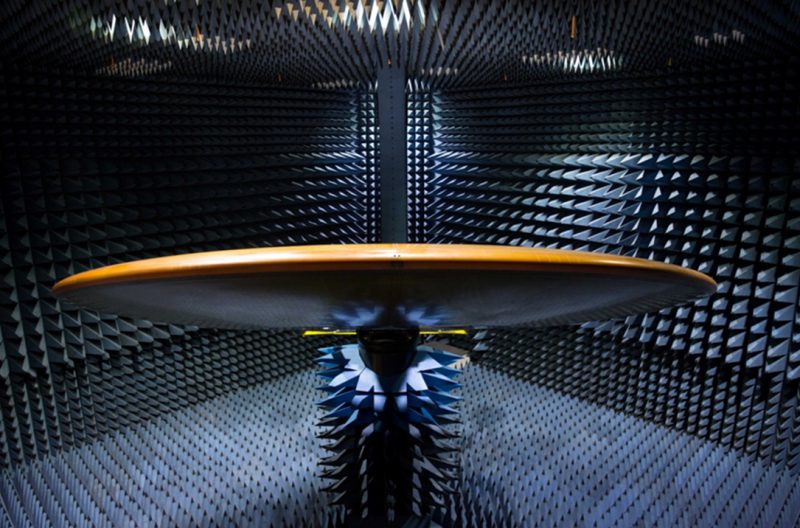 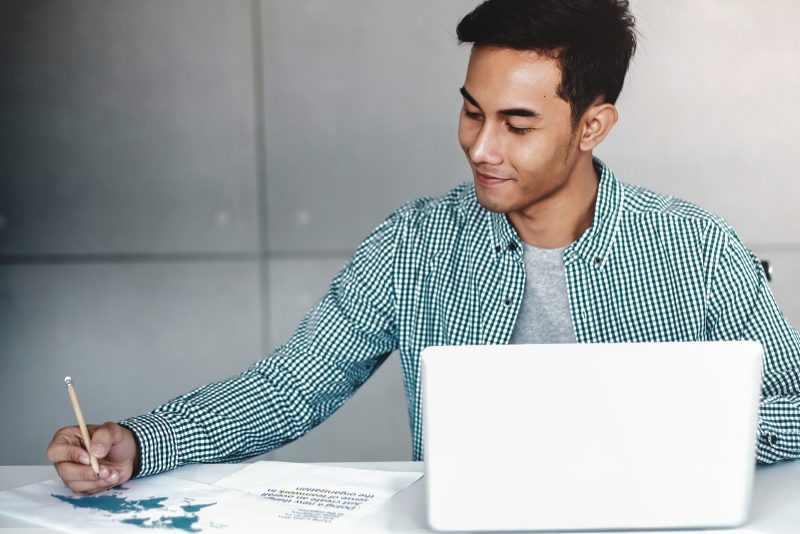