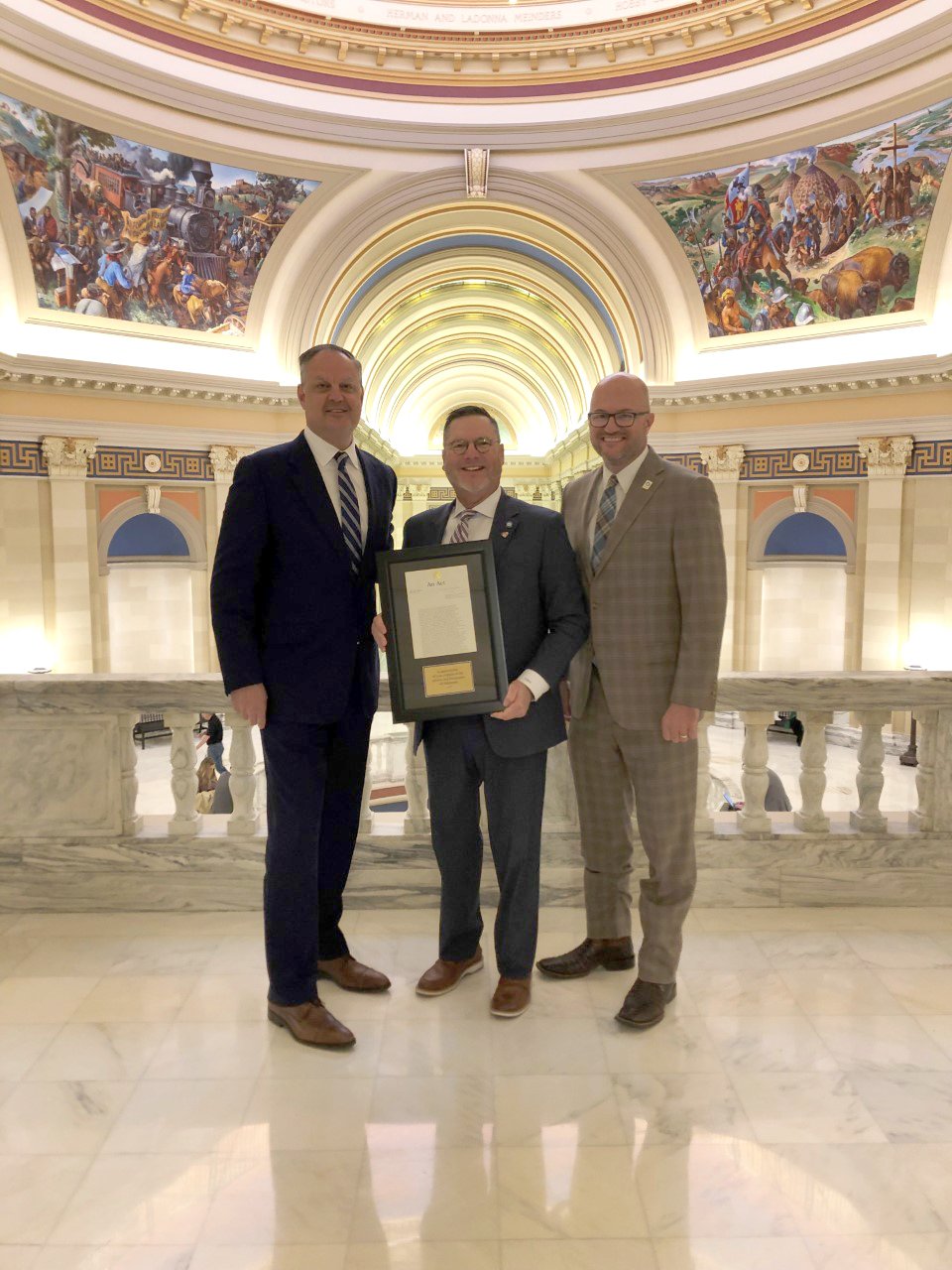 The Oklahoma Department of Commerce (Commerce) and the Oklahoma Film & Music Office (OF+MO) honored Senator Chuck Hall for his work to support and grow Oklahoma’s film industry through SB 608 which created the “Filmed in Oklahoma Act of 2021.” Senator Hall co-authored SB 608 alongside Representative Scott Fetgatter.

“The ‘Filmed in Oklahoma Act of 2021’ is helping us usher in a new era for Oklahoma’s film and television industry,” said Brent Kisling, Commerce Executive Director. “We applaud the leadership of Senator Hall to help us realize the potential that exists in bringing new jobs and investment to our state through film and television production.”

Oklahoma’s film and television industry has seen consecutive, record-breaking success and historic firsts in recent years, supporting both local and independent filmmakers as well as major motion pictures and television series from studios such as A24, Apple Studios, Lionsgate, Amblin Entertainment and FX/Disney. Over the last decade, the Oklahoma Film + Music Office (OF+MO), which now administers the state’s film incentive program under the Oklahoma Department of Commerce, reports that the state’s film and television industry has generated positive economic impact in 125 cities spread among more than 50 counties statewide and created over 20,000 local career opportunities.

“Since we began taking applications for this incentive in August, we have received 81 applications for productions,” said Tava Maloy Sofsky, OF+MO Director. “There is incredible growth potential for the film and music industries. We anticipate seeing continued interest from productions as well as additional infrastructure investments and the creation of new, permanent jobs.”

As authorized by Oklahoma Governor Kevin Stitt, SB 608 established the ‘Filmed in Oklahoma Act of 2021’ further increasing the state’s total film incentive cap and eligibility threshold to host major motion pictures and television series. The program offers a base rebate of up to 20% to qualified film and television productions working in Oklahoma. Additionally, the ‘Filmed in Oklahoma Act of 2021’ offers uplifts for filming in rural municipalities/counties, qualified soundstages, post-production/music services and television pilots/seasons. Eligible productions must have a minimum budget of at least $50,000 to qualify.

For more information on Oklahoma’s film infrastructure, workforce and other resources, including the rebate portal application, visit okfilmmusic.org.